The Science of Persuasion

Researchers have been studying the factors that influence us to say “Yes” to the requests of others for over 60 years. There can be no doubt that there’s a science to how we are persuaded, and a lot of the science is surprising.

When making a decision, it would be nice to think that people consider all the available information in order to guide their thinking. But the reality is very often different. In the increasingly overloaded lives we lead, more than ever we need shortcuts or rules of thumb to guide our decision-making.

My own research has identified seven of these shortcuts as universals that guide human behavior:

Understanding these shortcuts and employing them in an ethical manner can significantly increase the chances that someone will be persuaded by your request. 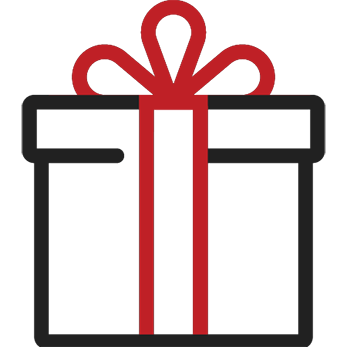 The First Universal Principle of Influence is Reciprocity

Simply put, people are obliged to give back to others the form of a behavior, gift, or service that they have received first.

If a friend invites you to their party, there’s an obligation for you to invite them to a future party you are hosting. If a colleague does you a favor, then you owe that colleague a favor. And in the context of a social obligation people are more likely to say yes to those who they owe.

One of the best demonstrations of the Principle of Reciprocity comes from a series of studies conducted in restaurants. So the last time you visited a restaurant, there’s a good chance that the waiter or waitress will have given you a gift. Probably about the same time that they bring your bill. A liqueur, perhaps, or a fortune cookie, or perhaps a simple mint.

So here’s the question. Does the giving of a mint have any influence over how much tip you’re going to leave them? Most people will say no. But that mint can make a surprising difference. In the study, giving diners a single mint at the end of their meal typically increased tips by around 3%.

Interestingly, if the gift is doubled and two mints are provided, tips don’t double. They quadruple—a 14% increase in tips. But perhaps most interesting of all is the fact that if the waiter provides one mint, starts to walk away from the table, but pauses, turns back and says, “For you nice people, here’s an extra mint,” tips go through the roof. A 23% increase, influenced not by what was given, but how it was given.

So the key to using the Principle of Reciprocity is to be the first to give and to ensure that what you give is personalized and unexpected. The Second Universal Principle of Persuasion is Scarcity

Simply put, people want more of those things they can have less of.

When British Airways announced in 2003 that they would no longer be operating the twice daily London—New York Concorde flight because it had become uneconomical to run, sales the very next day took off.

Notice that nothing had changed about the Concorde itself. It certainly didn’t fly any faster, the service didn’t suddenly get better, and the airfare didn’t drop. It had simply become a scarce resource. And as a result, people wanted it more.

So when it comes to effectively persuading others using the Scarcity Principle, the science is clear. It’s not enough simply to tell people about the benefits they’ll gain if they choose your products and services. You’ll also need to point out what is unique about your proposition and what they stand to lose if they fail to consider your proposal. This is the idea that people follow the lead of credible, knowledgeable experts.

Physiotherapists, for example, are able to persuade more of their patients to comply with recommended exercise programs if they display their medical diplomas on the walls of their consulting rooms. People are more likely to give change for a parking meter to a complete stranger if that requester wears a uniform rather than casual clothes.

What the science is telling us is that it’s important to signal to others what makes you a credible, knowledgeable authority before you make your influence attempt. Of course this can present problems; you can hardly go around telling potential customers how brilliant you are, but you can certainly arrange for someone to do it for you. And surprisingly, the science tells us that it doesn’t seem to matter if the person who introduces you is not only connected to you but also likely to prosper from the introduction themselves.

One group of real estate agents was able to increase both the number of property appraisals and the number of subsequent contracts that they wrote by arranging for reception staff who answered customer enquiries to first mention their colleagues’ credentials and expertise.

The impact of this expert introduction led to a 20% rise in the number of appointments and a 15% increase in the number of signed contracts. Not bad for a small change in form from persuasion science that was both ethical and costless to implement. The Next Principle is Consistency

People like to be consistent with the things they have previously said or done.

Consistency is activated by looking for, and asking for, small initial commitments that can be made. In one famous set of studies, researchers found rather unsurprisingly that very few people would be willing to erect an unsightly wooden board on their front lawn to support a Drive Safely campaign in their neighborhood.

However in a similar neighborhood close by, four times as many homeowners indicated that they would be willing to erect this unsightly billboard. Why? Because ten days previously, they had agreed to place a small postcard in the front window of their homes that signaled their support for a Drive Safely campaign. That small card was the initial commitment that led to a 400% increase in a much bigger but still consistent change.

So when seeking to influence using the consistency principle, the detective of influence looks for voluntary, active, and public commitments and ideally gets those commitments in writing.

For example, one recent study reduced missed appointments at health centers by 18% simply by asking the patients rather than the staff to write down appointment details on the future appointment card. 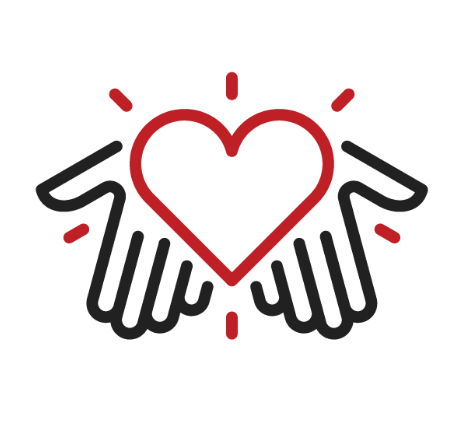 People prefer to say yes to those that they like.

As more and more of the interactions that we are having take place online, it might be worth asking whether these factors can be employed effectively in, let’s say, online negotiations.

In a series of negotiation studies carried out between MBA students at two well-known business schools, some groups were told, “Time is money. Get straight down to business.” In this group, around 55% were able to come to an agreement.

A second group however, was told, “Before you begin negotiating, exchange some personal information with each other. Identify a similarity you share in common then begin negotiating.” In this group, 90% of them were able to come to successful and agreeable outcomes that were typically worth 18% more to both parties.

So to harness this powerful principle of liking, be sure to look for areas of similarity that you share with others and genuine compliments you can give before you get down to business. The Sixth Principle is Social Proof

Especially when they are uncertain, people will look to the actions and behaviors of others to determine their own.

You may have noticed that hotels often place a small card in bathrooms that attempt to persuade guests to reuse their towels and linens. Most do this by drawing a guest’s attention to the benefits that reuse can have on environmental protection. It turns out that this is a pretty effective strategy, leading to around 35% compliance. But could there be an even more effective way?

Well, it turns out that about 75% of people who check into a hotel for four nights or longer will reuse their towels at some point during their stay. So what would happen if we took a lesson from the Principle of Social Proof and simply included that information on the cards and said that 75% of our guests reuse their towels at some time during their stay, so please do so as well. It turns out that when we do this, towel reuse rises by 26%.

Now imagine the next time you stay in a hotel you saw one of these signs. You picked it up and you read the following message: “75% percent of people who have stayed in this room have reused their towel.” What would you think? Well here’s what you might think: “I hope they’re not the same towels.” And like most people, you’d probably think that this sign will have no influence on your behavior whatsoever.

But it turns out that changing just a few words on a sign to honestly point out what comparable previous guests have done was the single most effective message, leading to a 33% increase in reuse. The science is telling us that rather than relying on our own ability to persuade others, we can point to what many others are already doing, especially many similar others.

So there we have it. Scientifically validated Principles of Persuasion that provide for small, practical, often costless changes that can lead to big differences in your ability to influence and persuade others in an entirely ethical way. They are the secrets from the science of persuasion.

Learn more about the psychology of persuasion in Dr. Cialdini’s best-selling books